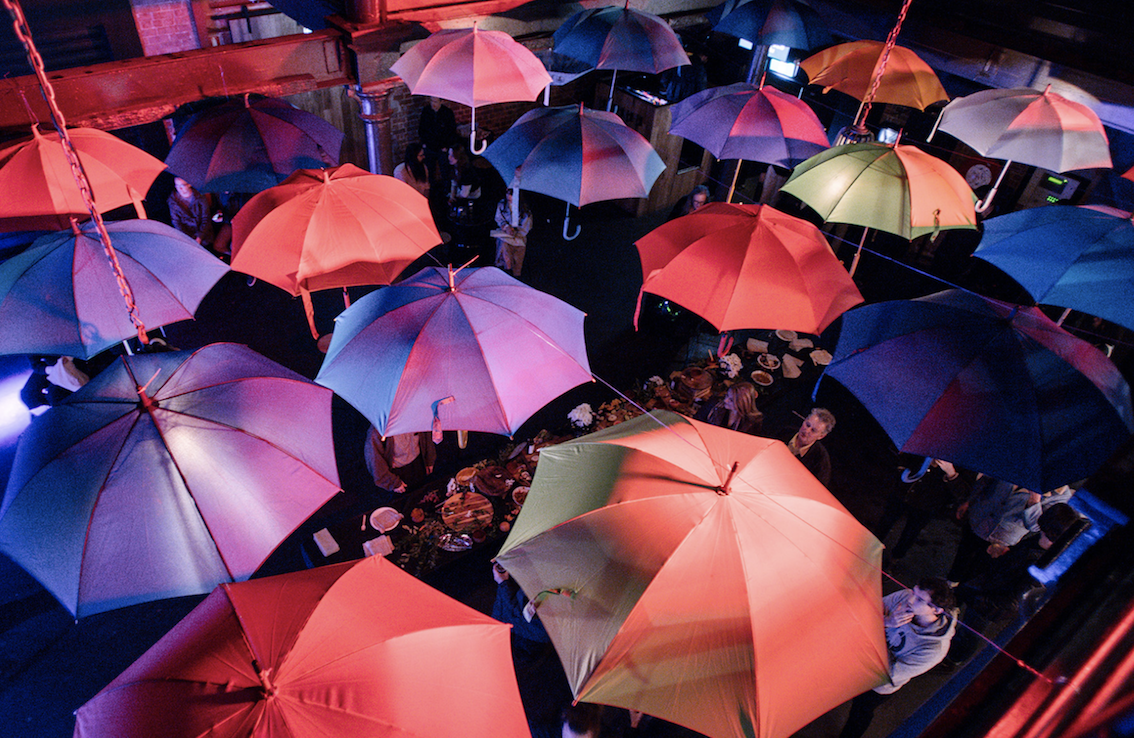 Music SA is proud to announce that after a hiatus in 2020, Umbrella Festival is back in 2021 for its fifth instalment, delivering a live music program of more than 170 events across South Australia this winter from Friday 16 July until Sunday 8 August.

The 2021 Umbrella Festival program is packed to the brim with a plethora of open-access and curated performances, treating South Australian audiences to performances from some of the hottest local and national acts in contemporary music.

The annual winter celebration of live music features 294 performances across 38 different contemporary music genres in 85 venues across Adelaide’s CBD, metropolitan suburbs and, for the first time thanks to the South Australian Government, South Australia’s regional areas including the Eyre Peninsula, the Barossa, the Adelaide Hills and the Fleurieu Peninsula.

With at least a 20 per cent increase in the number of performers partaking in the festival compared to 2019, Umbrella Festival is indeed back with a vengeance in 2021. The 2021 printed program is out on the streets of Adelaide today, with online registrations still open.

Building on the success of previous years, Umbrella has again been made possible with the support of major sponsors the Government of South Australia, through the Music Development Office and Events South Australia, who have been supporting the live music initiative since its inception in 2016.

Additionally, through the support of the City of Adelaide, Umbrella’s return showcases a vibrant program of city-based, curated events, which is kicked off by the Umbrella Official Opening Nightin Rymill Park (Mullawirraburka) on Saturday 17 July. The free event boasts a headline performance by Larrakia and Tulampunga Pakana artists MARLON X RULLA after a knockout performance supporting Midnight Oil at WOMADelaide earlier this year.

Not-for-profit DIY contemporary music festival Half Strange is back for its fifth instalment, highlighting female and non-binary performers across three venues. The Bait Fridge Parade is the brainchild of The Bait Fridge and Slowmango, combining chaotic raw music with colour and costumes like you’ve never seen before.

Rundle Mall’s three-day school holiday program Magical Mall Melodies features Humphrey B. Bear and many local favourites who will all write and perform songs in Rundle Mall and about Rundle Mall.

Additional curated events within the City of Adelaide include Art Attack; a paint and sip style party featuring funk rock outfit George Glass, Frequency Response (in partnership with Deaf Can:Do) an immersive and multi-sensory audiovisual experience especially designed for deaf or hard of hearing and enjoyed by all at The Lab, the return of the 2019 umbrella installation in Vaughan Place in the city’s west-end, featuring Kiah Gossner’s CONTACT which combines audio, visual and structural elements to explore a culture of domestic violence, and finally Woolly Mammoth, Uncle Mum‘s frosty winter festival, highlighting the best and warmest of local and interstate talent.

Other curated events for this festival are being held in three council areas – City of Marion, City of Port Adelaide Enfield and City of Charles Sturt.

Down in Port Adelaide, Before Dark will allow attendees to journey through Port Adelaide’s rich heritage while captivated by SALA Festival exhibitions and local music along the way. Additionally, the City of Port Adelaide Enfield and Wonderwalls Festival have collaborated on an installation specifically for the deaf and hard of hearing communities – Impromptu will see pianos of all shapes and sizes landed in front of existing pieces of street art.

If that’s not enough to encourage you to get down to the Port, Froth & Fury Fest will set Pirate Life Brewery alight with a beer-fuelled tsunami of heavy music of headliners including Kitchen Witch and many more local metal favourites. Pirate Life will also be playing host to the Official Closing Party on Sunday 8 August with a mass of food, beer and wine on offer, as well as an exceptional performance by SA’s Afro-Beat heroes The Shaolin Afronauts, plus a huge line up of local talent throughout the day.

In addition to the 132 registered events within Adelaide’s city and metropolitan areas, Umbrella has launched its inaugural regional program. A whopping 43 events will be held in South Australia’s regions in 2021, with highlights including: El Cubano –  a night of live Cuban music and dancing hosted by Lazaro Numa (over 20 years’ experience and has previously performed at WOMADelaide) in Whyalla, Big Umbrella By the Sea – an event staged over three nights with performances by acts and local supports in Port Lincoln, and an entirely free First Nations live music stage as a part of Port Lincoln’s Wharfest event hosted by Umeewarra Aboriginal Media Association.

Music SA has also made a conscious effort to ensure that this year’s program is more accessible to all. Almost 50 per cent of the program is free to attend and there has been a significant increase in events (60+ events) that have both a wheelchair accessible entrance and bathroom.

Additionally, 93 registered events (53 per cent) are suitable for audiences of all ages. There is also an increase of queer-geared events and venues and an impressive First Nations representation, including Archie Roach performing at the Adelaide Festival Centre for one night only.

Premier Steven Marshall says that as a UNESCO City of Music we are proud to showcase local talent through our winter festivals. “Umbrella Festival provides the perfect opportunity for the public to see some of the best local artists South Australia has to offer, and I encourage everyone to get out and see just how strong our music and creative scene is,” he says.

Minister for Innovation and Skills David Pisoni says the Marshall Government is proud to be a major sponsor of Umbrella Festival which not only showcases live music but also celebrates talented artists, our diversity of venues, and creatives across the state.

“Through the Music Development Office (MDO), the South Australian Government is supporting and developing local musicians and music businesses through a range of programs that help build our music industry, and Umbrella is a key initiative that supports this goal,” Minister Pisoni says.

“As a UNESCO City of Music, Adelaide is world-renowned for its vibrant music culture and its support for the music industry. I encourage everyone to get out there this winter and head to a gig. From orchestras and choirs to folk, hip hop, metal, pop and everything in between – enjoy all our city has to offer.”

Music SA General Manager Kim Roberts is thrilled to see Umbrella return after a tough year in 2020 and encourages South Australian audiences to get out this winter to experience the rich live music scene SA has to offer and to help artists and venues to get back on their feet.

“Music SA is so delighted that Umbrella Festival is returning in 2021, enlivening the whole state.  We can’t wait for audiences to experience 24 days packed full of diverse and exciting music to warm your winter, predominantly featuring our talented South Australian original contemporary artists. It’s genuinely difficult to pick a highlight this year!” she says.