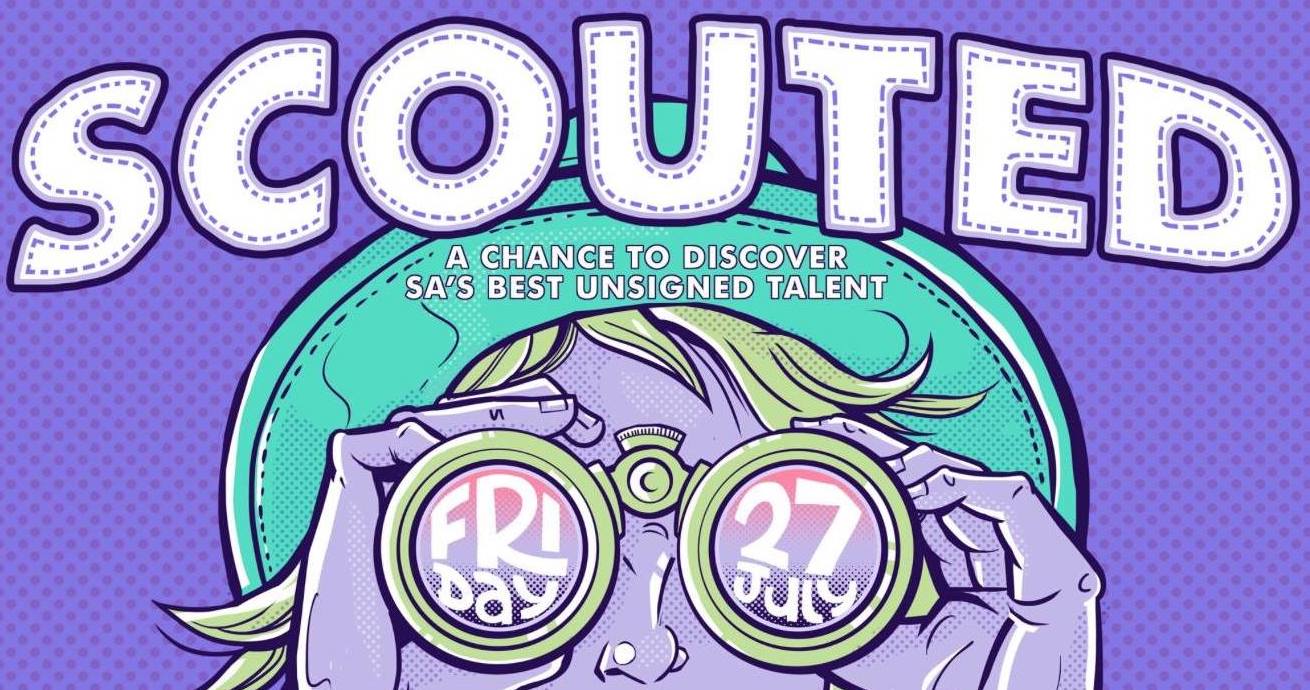 In its second iteration, Scouted  returns for 2018 to once again showcase Adelaide’s unsigned and emerging musical talent to significant industry representatives and enthusiastic local crowds.

In conjunction with Umbrella: Winter City Sounds and Australian Independent Record Labels Association (AIR), the Scouted mini-fest will take over Adelaide’s west-end for one night only on Friday, July 27. Across some of our most iconic music venues, 16 emerging artists will perform over four stages at Jive , Rocket Bar , West Oak Hotel  and Nexus Arts . The performances coincide with Adelaide playing host to the second annual AIR Awards, which brings music industry leaders and independent artists from across Australia into town.

In 2018 Scouted will include soulful alt-country of WOMADelaide alumni Hana & Jessie-Lee’s Bad Habits, the searing rock of local favourites Donnarumma , who recently wowed Adelaide 500 audiences as the opener for Cold Chisel, and the newly formed Dhungala Baarka , which is the coming together of Nancy Bates and Allara Briggs-Pattison, two women who met as band members for Archie Roach.

Following the 2017 event, there have been a lot of inspiring success stories for the Adelaide talent on display with several artists getting signed and many securing national media coverage and sought-after festival slots. Music SA General Manager Lisa Bishop said Scouted is a key opportunity to show off our home grown talent to some of the biggest names in the music industry.

“After the success of last year’s event, we are looking forward to impressing key identities from the Australian music industry in town for the AIR awards again. South Australia has an incredibly rich and vibrant music scene and we always welcome the opportunity to turn a national spotlight on it” said Ms Bishop.

Other artists announced today include ethereal songwriter and multi-instrumentalist Bree Tranter  formerly a member of indie darlings The Middle East, electro-dance act Strict Face , atmospheric shoegaze of Blush Response , who will come armed with their freshly minted debut album on the back of a national tour and the soaring indie folk of The Winter Gypsy  and the All of these artists and more will play one of the four stages: The Music Stage at Jive, Scenestr Stage at West Oak Hotel, The AU Review Stage at Rocket Bar, or the Channel 9 / Adelady Stage at Nexus Venue. AIR delegates can gain free access to the festival using their delegate lanyard with a limited number of general admission tickets on sale to the public through Moshtix.

Tickets and event information can be found at musicsa.com.au