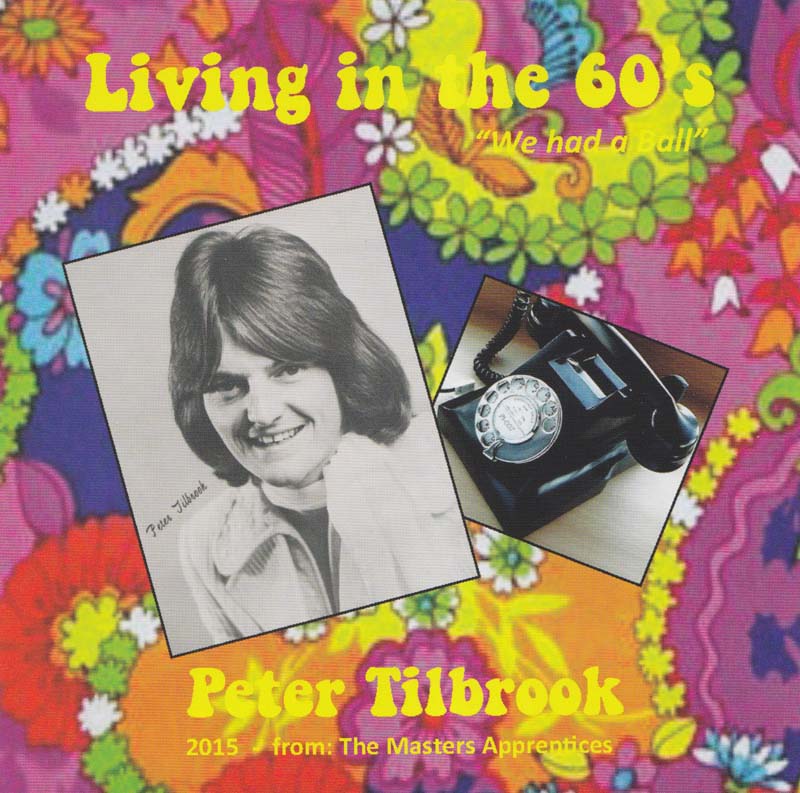 living in the sixties

The ‘middle period’ of classic Adelaide band the Masters Apprentices was around 1967, with hits like “Elevator Driver” and a line-up that included guitarist Peter Tilbrook. After a few years service he moved on to other projects, and nowadays works consistently with The Party Cats and The Twilight Zone, the latter featuring John Bywaters from The Twilights. When Tilbrook recently put together a Fringe show called Living In The Sixties to celebrate “the time of his life”, the title track came easily when he remembered the highlights of a more innocent time, and several new, original songs on similar themes were soon to join it for the show and associated album.The title of many of these may give a clue to their sound – a fairly standard, but appropriate structure to songs like “Everybody Rock’n’Roll” and “Little Dancing Girl”. These are played with skill and empathy by a full band, also including John Bywaters. To my ears, highlights include songs written in the era rather than about it such as “My Girl”, a great song from Tilbrook’s time in the Masters but unrecorded until now. Elsewhere, “Support Live Music” has a self-explanatory theme that can’t be stated often enough.

The album finishes with a change of pace, the acoustic “Goodbye My Friend”, written the day after the passing of bandmate Jim Keays. The song, utilising the musical theme of “Because I Love You” in places, is clearly heartfelt and an entirely apt tribute to a lost legend of Australian music.

One could say that the phrase “Living In The Sixties” applies as much to the age range of the musicians as the era about which they reminisce these days, but enjoyment of the music needn’t be limited to any particular age group, as this CD clearly proves.