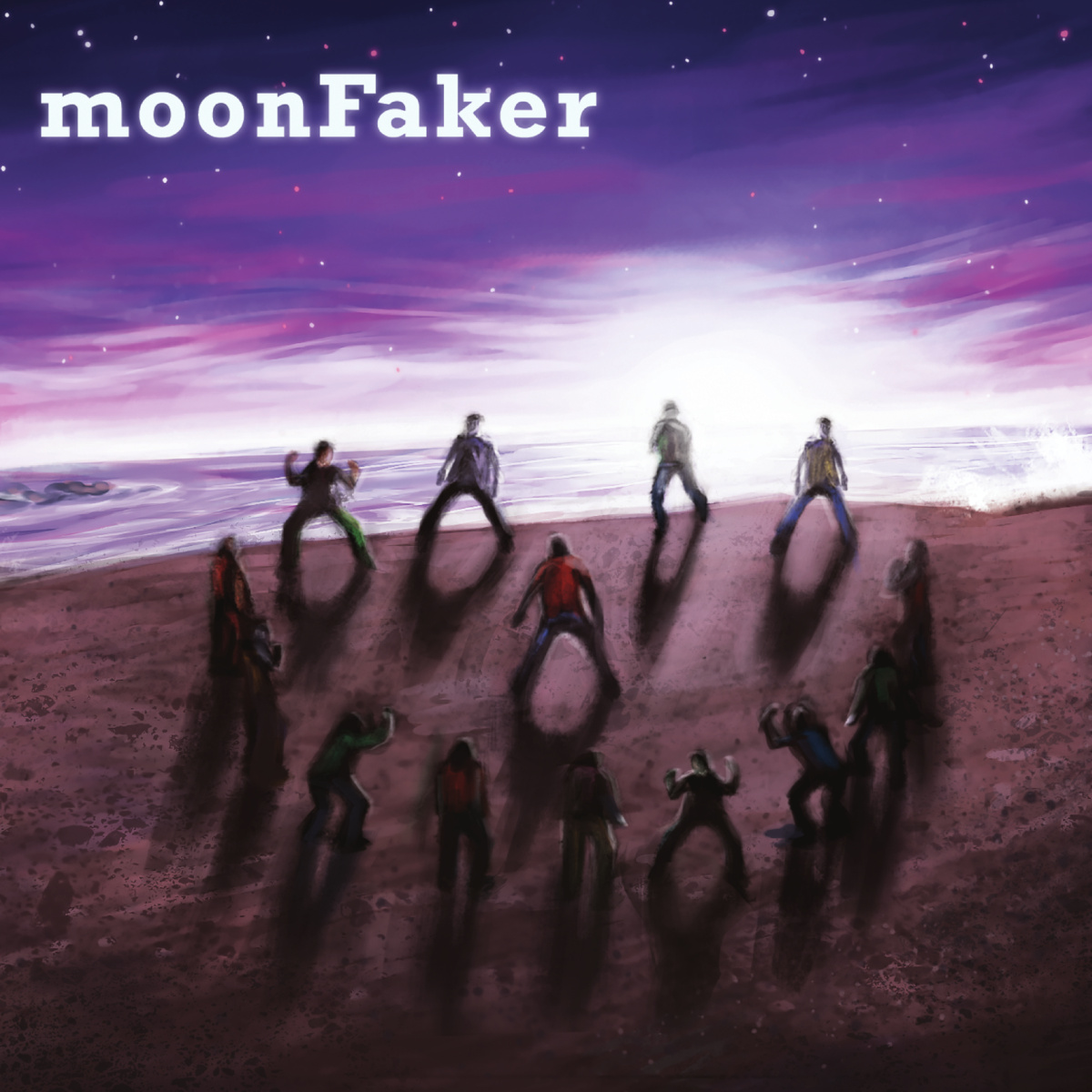 Moonfaker’s self-titled release opens on ‘Cut Your Hands (Get Your Teeth Dirty)’, with its strengths pointed specifically at the fill heavy drumming, breaking down into a double time high hat groove to great effect. While the mildly crunched guitar riffs are a great feature, the vocal style could be hit and miss to some, and development would be naught but healthy.‘L-Surf’ takes it down a notch in intensity, the mod-grunge sensibilities here are in full force, and all though the oh-ohs can be perceived as annoying, the guitar melody beneath it is great and evolves into some dissonant noodling. By this point, it sounds as though Moonfaker are more set for the stage rather than on record.‘Vitamin A’ fares better than the latter, with an off kilter pace and vocal style well reminiscent of The Smith Street Band, though more abrasive on the ears. The guitar solo in it is fantastic, showcasing a musicality and daring ambition not present anywhere else thus far.

Closing track ‘Wild Oats’ is one of the more frenetic and energetic tracks on the self-titled EP, and the upfront nature suits Moonfaker, as their lead guitarist is given the opportunity to shred – easily making it the pride and joy on the Moonfaker EP.

With all of this, Moonfaker give the listeners some great insight into their potential for future releases, however a little more funding toward greater recording would be a valuable investment.