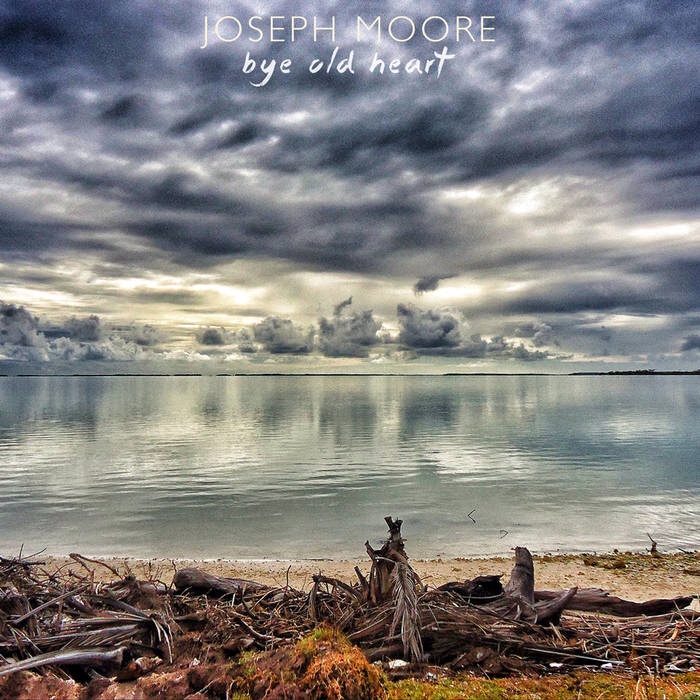 It’s pleasing to know it’s still possible to simply grab an acoustic guitar, maybe add one friend for a few extra instruments that don’t overpower the main event, and come up with a collection of songs that manage to sound not only original, but honest and endearing at the same time. For that is what Joseph Moore has managed to achieve on his debut release.

Moore describes Bye Old Heart as “the last gasp goodbye to a life chapter coming to it’s natural conclusion.” Musically and lyrically, it is a description that fits; for example, the opening track ‘Chicago’ begins with a certain bleakness, which eventually leads into a lyrical and poetic song wherein he sounds like he really means what he sings.

The same indeed could be said of all six tracks. It is often confessional as on ‘I Will Remain’ with lyrics like “I’m just a riverbed filled with pain.” Perhaps intense might be a better word than bleak, but either way it still draws the listener in to the very strong material, sung with conviction and a sparseness in the arrangements that work in the music’s favour. Its subtlety is its strength, if you like.

Producer, Lachy Bruce provides the extra electric guitar, banjo and keyboards to Moore’s own rhythm guitar and vocals. The sound is described as lo-fi but I’m not sure I agree; I’ve heard much lower fidelity than this!

‘Summer Solstice’ has a more positive theme with the repeated refrain of “you’re a step away from changing the world”. I can’t comment on the world-changing abilities of the music on this EP but equally, I can’t help thinking we might have something a little special here.