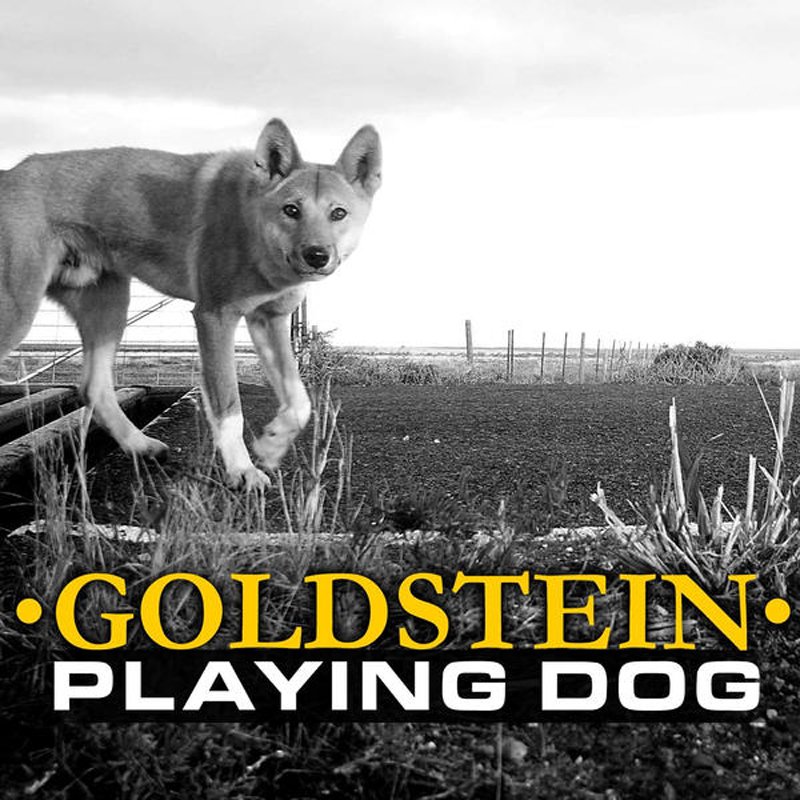 Considering this is Goldstein’s fifth album (already!), it’s no surprise they have developed their own sound, with very Australian themes and delivery and entertaining, relatable vignettes in the lyrics. However, with a slight line-up change, involving Robin Pratt moving from bass to lead guitar and his ex-role taken by newcomer Paul Kolomitsev, the expansion in line-up has coincided with an advancement in the sound, which doesn’t take long to make itself apparent.
Opening track “Make It Quick” is a real burst of folk rock energy with power drumming, melodic fiddle and a self-descriptive title. “Second Hand” is also a powerful song with effectively dueling lead lines. Elsewhere, the folkier side of Goldstein’s sound is evident on songs such as “Millie” and “Playing Dog”, the latter sounding close to Weddings Parties Anything territory.
“Wayne Arthurs” and “King Muck”, the latter swinging from folk rock to jazz and back, show the band to also be adept at navigating stylistic changes mid-song, while “Not Good Enough For This” is a surprise, with its strident rhythm and acerbic lyrics that give voice to the self doubt that can plague an artist. These ones seem particularly vindictive, but with a more positive ending.
All songs are written by lead singer Adam Hooper, with one co-write with his brother Ben, whose fiddle is an integral part of the sound. At only around thirty minutes, Playing Dog is a bit short but it packs a lot in there. Goldstein are definitely good enough for this.