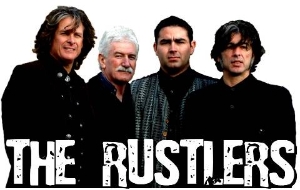 The Rustlers formed in 2001 with the release of the ‘Broken Pieces’ CD launched at the Riverland Music Festival, Barmera. As well as being regular performers at Barmera, The Rustlers have performed at numerous festivals including Port Pirie (with Troy Cassar-Daley), Tailem Bend, closing the SA Showcase in Tamworth N.S.W., a live performence on Channel Seven Adelaide, playing to over 50,000 people during the 2004 Royal Adelaide Show, supporting Russell Morris, Darryl Cotton & Jim Keays in late 2005 and playing at the 2006 Clipsal 500 After Race Concert to a crowd of 40,000.