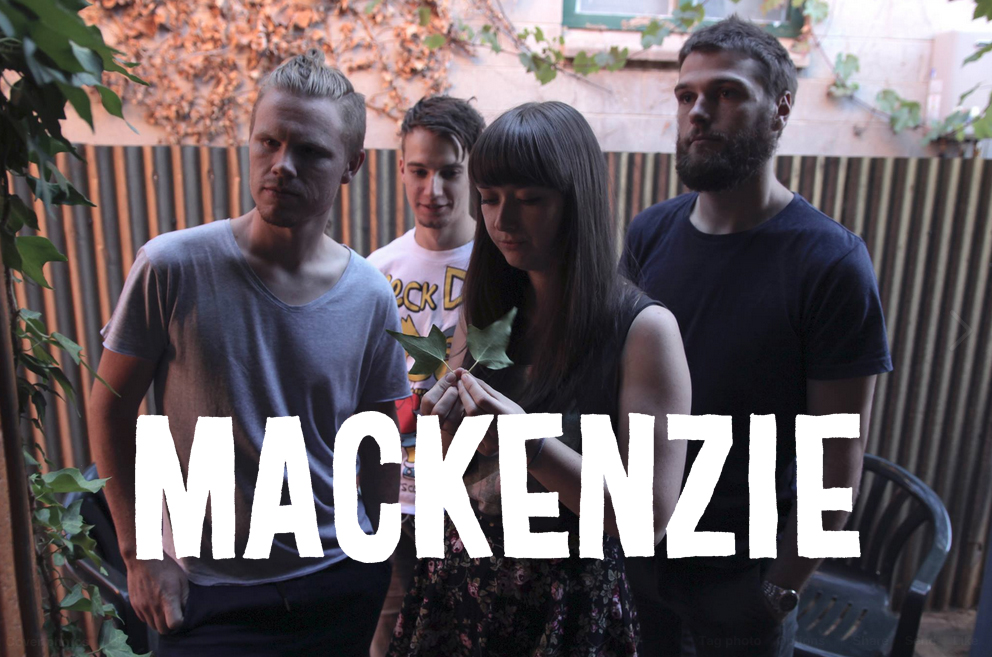 It has been a heady six months for Adelaide indie pop band Mackenzie, after beginning as the lightbulb moment of enigmatic local singer/songwriter Emily Bettison.
A four-piece incarnation of local talent, Mackenzie was brought together after Bettison rallied Luke O’Dwyer (guitar), Chris Vince (bass), and Matt Little (drums) to form South Australia’s newest band to watch.

With their moniker borrowed from Bettison’s future child’s name, Mackenzie is a fresh take on piano-driven indie pop that will have lovers of sassy phrases and powerful soul melodies scrambling to see the talent live.

The powerhouse combination of delicately wrought lyrics and powerful female vocals are already impressing fans, and their energetic live shows has the band rapidly gaining a strong base in their hometown of Adelaide.

Their debut EP ‘Growing Pains’ was released in May at The Worldsend Hotel. Recorded over two weeks in February in the wonderful music cave that is Mix Masters Studios in the idyllic Adelaide Hills, ‘Growing Pains’ captures Bettison’s 2014 as she wrote her way through a Popular Music and Creative Technologies degree at Adelaide’s Elder Conservatorium of Music.

After a big start to 2015, the band has their sights set on touring nationally, making them an act to keep your eyes (and ears) on.