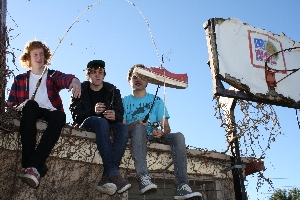 Horror My Friend began in early 2011 when three musicians who like making good music decided to get together. Josh Battersby, Tom Gordon and Al Christophel, all originally from other Adelaide bands, decided to form a band to make the best music ever. Horror My Friend puts a new perspective on grunge and noise rock, and is influenced by many bands including Sonic Youth, Mudhoney, and Blood Red Shoes.