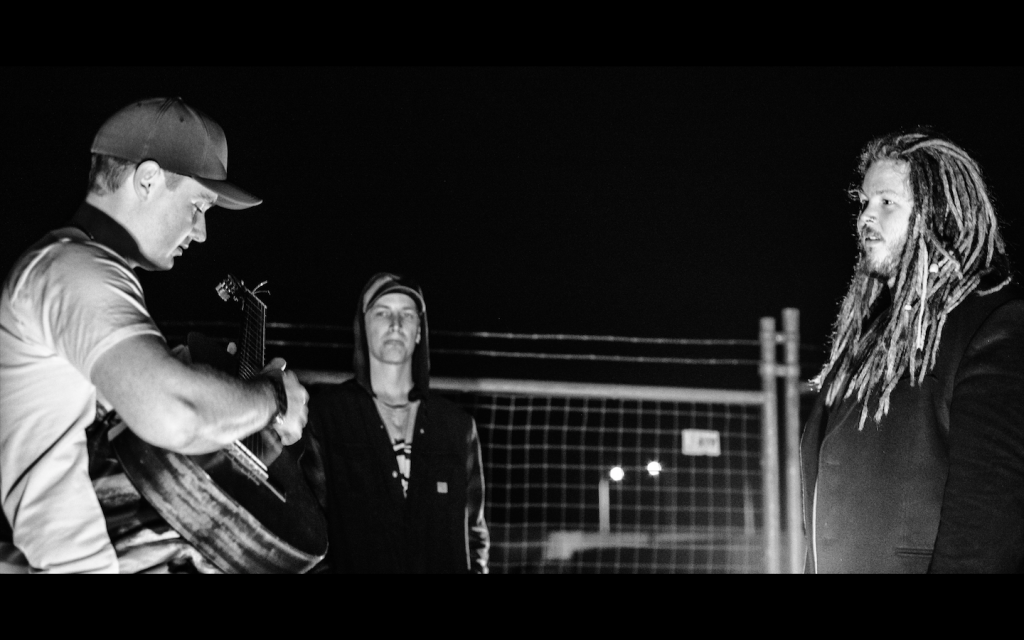 A high energy, three piece, alternative rock band, Fell At Ten are one of Adelaide’s best live acts and are known for their soaring harmonies and thumping beats.

The three members of the band are:

Formed in 2011, Fell At Ten have been honing their craft in singer, Jake Daulby’s garage. They have some obvious influences from Deftones, Brand New and Cog, but the way they bring their personal influences to the table has moulded a sound that’s fresh and exciting.

After winning a battle of the bands at House of Sound and Production in Pooraka, Fell At Ten have been working on a full studio album at the studio with sound engineer Jarred Nettle.  From these sessions, Fell At Ten have  just released their first single and film clip for the fast paced ‘THE MAN WHO RESCUED A BEAR FROM DROWNING,’ a song inspired by the true story of Adam Warwick, the man who actually rescued a drowning bear.  You can check out the full story here:

Brave Man Saving a Drowning 400-lb Black Bear Is Possibly one of the Greatest Rescue Stories Ever!

Fell At Ten expect to release their studio album early 2017.