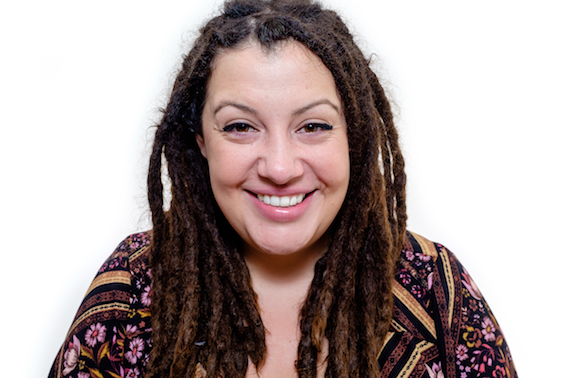 “She’s known for having an extraordinararely rare voice” – CLARE BOWDITCH

Travelling Australia in her van “Pamela Vanderson”, Kelly Brouhaha’s blend of Americana Soul is as real as it gets. An award winning songwriter and multi-instrumentalist with achingly soulful vocals, her uplifting music is more than a simple band-aid to the blues.

” An artist with a name you just can’t frown at because it’s just so much fun, that girls got amazing pipes, she sounds like Amy Whinehouse – but with more of a soulful edge as opposed to a jazz hook”
NKECHI ANELE – TRIPLE J ROOTS AND ALL
Living full-time out of her 92 Toyota Hiace Campervan and touring the country, the audience get a sense of the down to earth country kid and the stories she’s collected on the road after leaving a mortgage and marriage behind to pursue a minimalist lifestyle, enjoying the simpler things in life.
Her latest EP “Mama Didn’t Raise A Quitter”  achieved radio success with Audrey’s Song added to rotation on ABC radio and As Long As There’s A Smile reaching #2 on the AMRAP charts. In 2017 she opened for and Diesel and spent time touring with Beccy Cole throughout outback Australia as part of the Aussie Road Crew.
Spreading an infectious positivity with her comedic stage show and her soul inspired roots tunes her first full length album is on the way in 2018, working with Shane Nicholson in the producers chair.

“The Brouhaha has a gorgeous, powerful, dare-we-say Adele-esque voice, and her new song Don’t Have To Write it Down is a fine vehicle for it” – RIP IT UP

“Kelly Brouhaha wears many skins, and her Brouhaha outfit is a refreshing burst of acoustic folk. Filtering her glossy pipes through pure UV, Kelly Brouhaha’s rhythmic guitars brilliantly shine beneath her cascading vocals. Brouhaha champions harmonies, and on her Don’t Have To Write It Down album, she also champions the perfect glass half-full persona.” – THE MUSIC

“…Bright, bubbly and exploding with personality, Kelly Brouhaha is a charming and talented young lady, determined to bring a smile to the face of all who come into contact with her. And she’s succeeding everystep of the way!” – FRINGE BENEFITS

“They perform happy, feel good songs full of funky rhythms and gorgeous melodies. Launching their new single Audrey’s Song at this gig, they are definitely destined for great heights! 4/5 Stars” – THE CLOTHESLINE

“Get some Brouhaha in your lives people, this gal is testament to our local talent, an infectious and inspiring favourite!!…”
THE GILBERT ST HOTEL

“From laid back soulful start to  uplifiting party finish Kelly’s beautiful voice and bubbly personality helped take our event to the next level. She’s a joy, we can’t wait to work with her again!” – INTERWEAVE GROUP

“if the place isn’t packed, this town needs to hang it’s head in shame” – SCALA NEWS