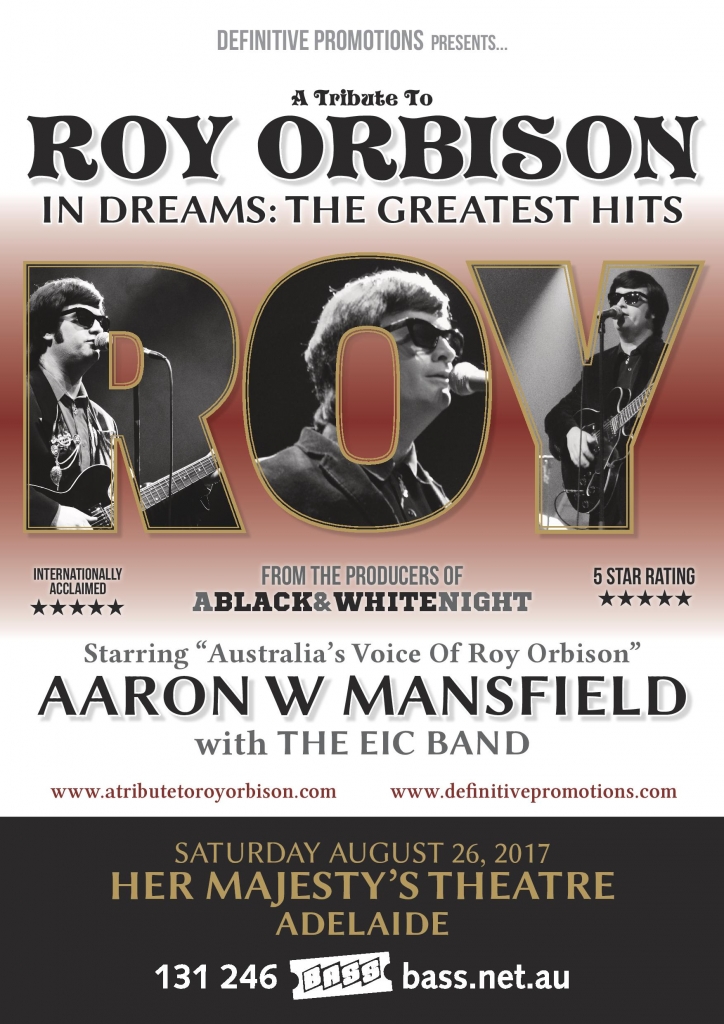 In Dreams: The Greatest Hits is a Roy Orbison, two-record music album released in 1987 on Virgin records. The double album-set were the means by which Roy Orbison revisited much of his classic repertoire and included a raft of signature Orbison standard bearers including Crying, In Dreams, Only The Lonely and Oh, Pretty Woman.

In 2017, we are celebrating the 30th anniversary of this iconic album on the back of a SELL OUT Australian national tour in 2016. Aaron W Mansfield, an internationally acclaimed artist in his own right, has a 3-4 octave range, and is able to bridge the gap between baritone and tenor, only comparable to the Big ‘O’.

Aaron W Mansfield has the combination of Orbison’s powerful, impassioned and distinctive pitch perfect voice that makes him the perfect candidate to bring the In Dreams: The Greatest Hits album to reality. This never-before-seen concert will have fans on their feet as they witness Aaron recreate the magic of Roy’s greatest hits.