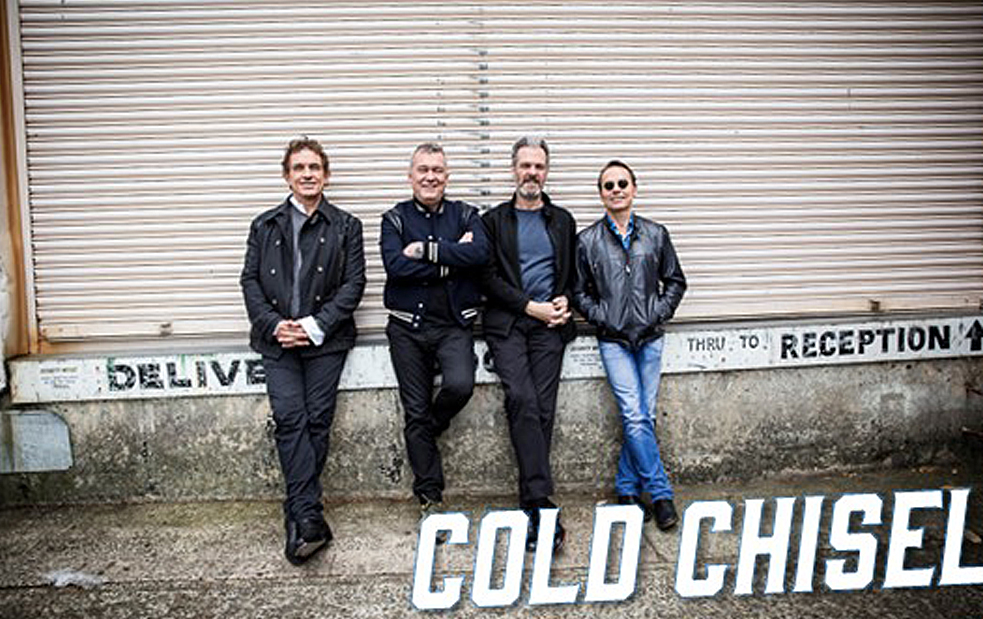 In 2014 the Adelaide Music Collective had a busy year, with a series of Live Sessions at Goodwood Institute, and the accompanying inductions to the SA Music Hall of Fame, as spearheaded by Enrico Morena and David ‘Daisy’ Day.

Not only has the Hall of Fame inducted such SA music luminaries Glenn Shorrock, Fraternity, Swanee, Jim Keays, John Schumann, The Brewster Brothers, Elaine Moore, Peter Coombe and many more, but it’s currently hosting a special exhibition at the State Library – “Yesterdays’ Heroes”, a 6 week exhibition from Feb 7th-March 22nd. Get up close and personal with some of the recent inductees during a Q&A session & live music guest on Tuesdays at the exhibition – check out the program here.

And now, in the midst of Clipsal 500, it’s Cold Chisel’s turn! On Sunday 1 March, members of the seminal South Aussie band Jimmy Barnes, Ian Moss, Phil Small, Don Walker will be inducted, along with a posthumous award for the late drummer Steve Prestwich, at the Starters Grid on Pit Straight before the start of the race. Premier Jay Weatherill will do the honours, and later that night finds the band on stage for the official Clipsal 500 Concert.