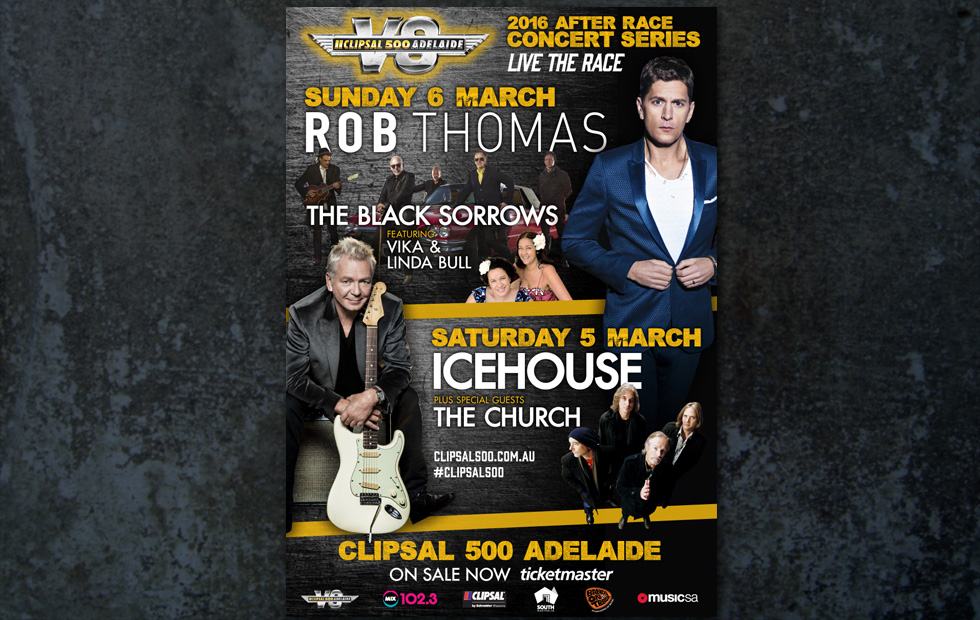 Sharing the stage with Rob at the Sunday concert is Australian blues rock band, The Black Sorrows featuring Vika and Linda Bull.

Opening the show will be South Australian acts selected by Music SA, via the Bands On Track program. Watch for details on how to apply coming soon!

“We’re expecting fans from all over Australia to descend on Adelaide next year to see world-class live performers at the iconic Clipsal 500 Adelaide.”

More announcements including the complete 2016 Clipsal 500 Adelaide entertainment line-up (with Thursday & Friday night’s acts) are on the way and will feature some of Australia’s hottest young artists.