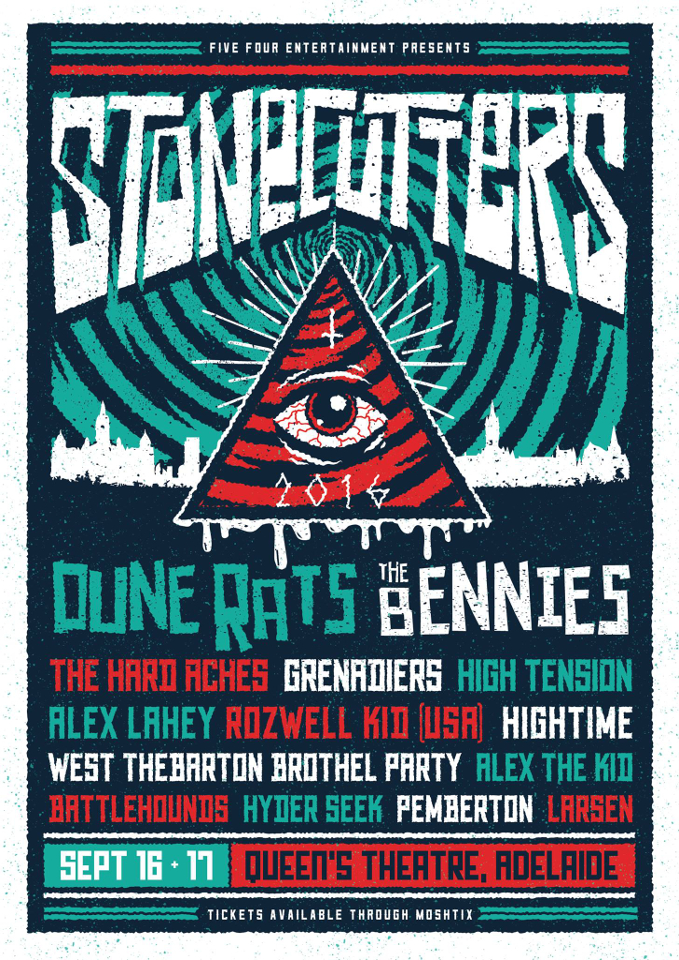 Adelaide’s hard rocking mini festival is back for its second year and has literally doubled in size. Taking place over Friday September 16 and Saturday September 17 at the historic Queen’s Theatre, Stonecutters’ return boasts a colossal line-up of the loudest and loosest bands going around.

Leading the chaos will be Australia’s undisputed ratbag kings, DUNE RATS. Fresh from slaying stages with Violent Soho and DZ Deathrays on what was perhaps the greatest Aussie rock tour in history, Dunies have returned true to form with new single ‘Bullshit’. They will be joined at the top of the bill by fellow party machines THE BENNIES, who have recently come off a 27-date national onslaught off the back of new album ‘Wisdom Machine’.

The Exeter – Blue Mountain Haze, Laney and The Giants, Behind State Lines & Kazkariv

The Exeter – The Damushi Ensemble Band

The Exeter – Cowboys Of Love