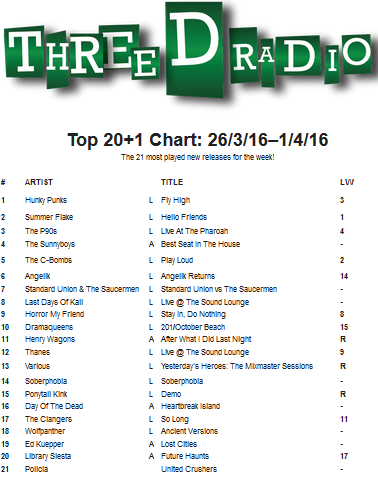 The Three D Radio Top 20 + 1 charts ending April 1st is no joke, it’s Hunky Punks again! The punky four piece continue their reign upon the charts with ‘Fly High’. Making them a contender for the top 101 come January. Early bets are on Janet and the gang!

Summer Flake drop to number two this week. The three piece bring together dream pop with a hard edge nicely in their second release ‘Hello Friends’. On tour in May/June check them out at The Metro on the 3rd of June.

New release into the charts this week is the split ‘Standard Union Vs The Saucermen‘ coming in at number seven. The split sees two well respected bands battle it out with two songs each. Standard Union in trademark Street Rock ‘n’ Roll style and The Saucermen bring their Neo-Rockabilly into play.

Band name of the week goes to Library Siesta, because lets face it who hasn’t considered an afternoon kip on those couches whist reading! 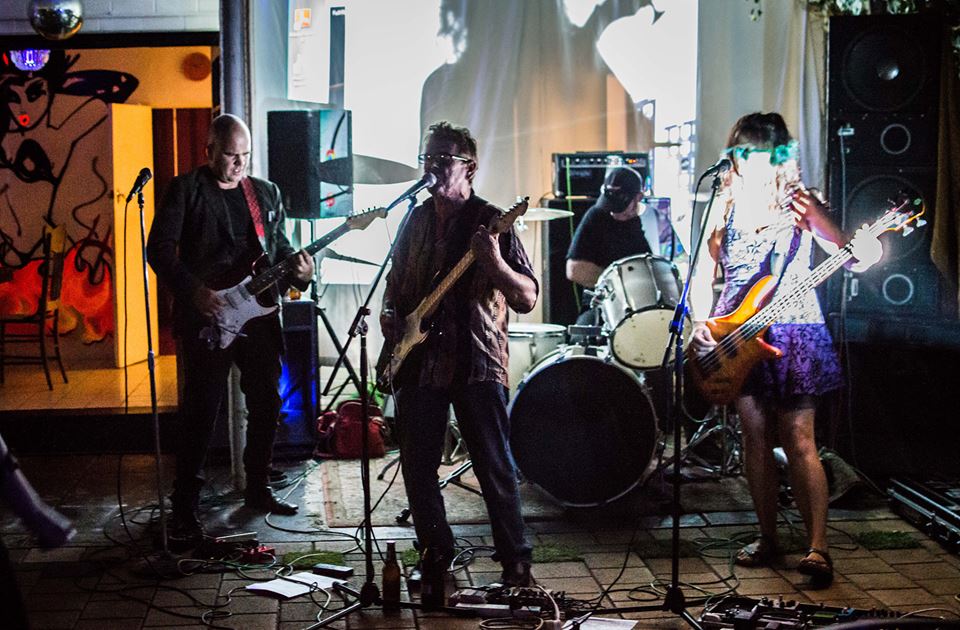