Umbrella: Winter City Sounds is back! 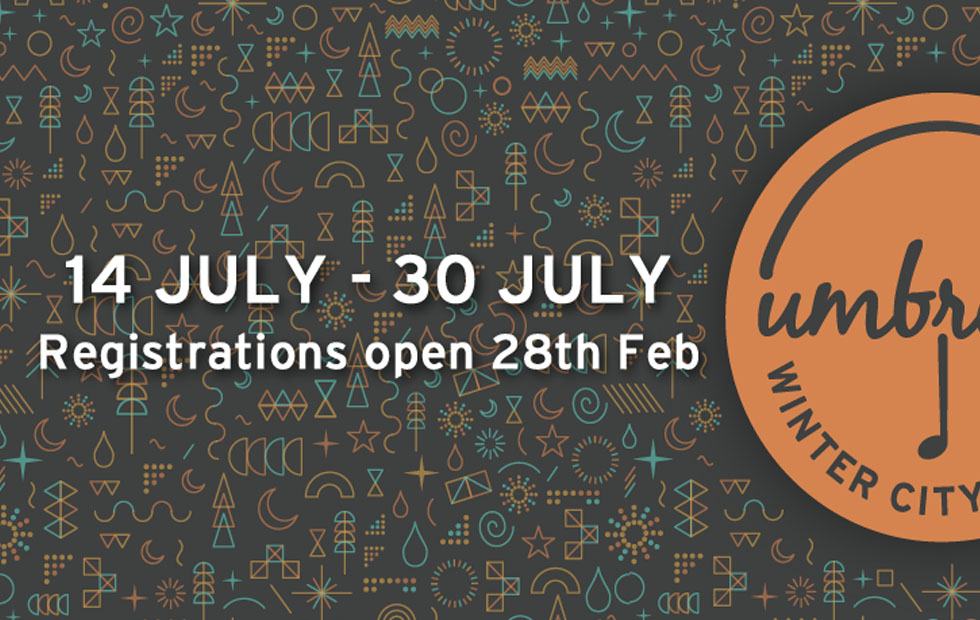 The State Government’s Live Music Events Fund has backed Music SA to repeat the runaway success of Umbrella: Winter City Sounds, which launched in 2016. Umbrella will be held from July 14-30, with a program of live music throughout Adelaide.

In addition, the prestigious AIR awards will be held in Adelaide as a part of Music SA’s Umbrella: Winter City Sounds Festival in July 2017. Taking place at The Queens Theatre, the industry event is one of many included in our state’s growing calendar of live music events. More than 700 guests attended the AIR Awards in 2015 and this will be the first time the association will hold its ceremony and conference in Adelaide.

Through support from the State Government’s newly established Live Music Events Fund, the annual Australian Independent Record Labels Association (AIR) Awards and concurrent Music Conference will be held in Adelaide for the next three years (2017-2019).

This key industry event strengthens Adelaide’s standing as a UNESCO City of Music, celebrating the city as a hub of creative and cultural engagement.

Six city venues will be activated as official after parties for the AIR Awards. AIR will program profile artists to perform at these venues and will also work with Music SA to engage Umbrella performers, providing opportunities for local artists to showcase in front of interstate industry representatives.

The Adelaide Festival Centre has also confirmed it will present its Guitars in Bars program of live music during this period.  Music SA will work with the Festival Centre to ensure that the programs complement each other as they did in 2016.

The new Live Music Events Fund provides $1.35m over three years to support new festivals and events, which have the potential to grow into major tourist attractions and to increase employment through cultural activation.

‘We are keen to again deliver a selection of musical treats for all ages across all genres that increases the number of people in the city during winter, a typically quiet period on the festivals and events calendar.’  – Anne Wiberg Chair Music SA

The Arts Minister Jack Snelling goes on to say:

‘It also complements Adelaide’s designation as a UNESCO City of Music, part of the Creative Cities Network, which has opened doors to further collaborations and celebration of music as an important part of our economy and of our State’s heartbeat.’

The Chair of AIR adds:

‘AIR is delighted by the opportunity to showcase its annual awards event and conference in Adelaide over the next three years.

We are especially grateful for the support we have received from the South Australian Government and look forward to working with Music SA and being part of the Umbrella: Winter City Sounds and building on our past success by making this an essential event in the Australian music industry’s calendar.’