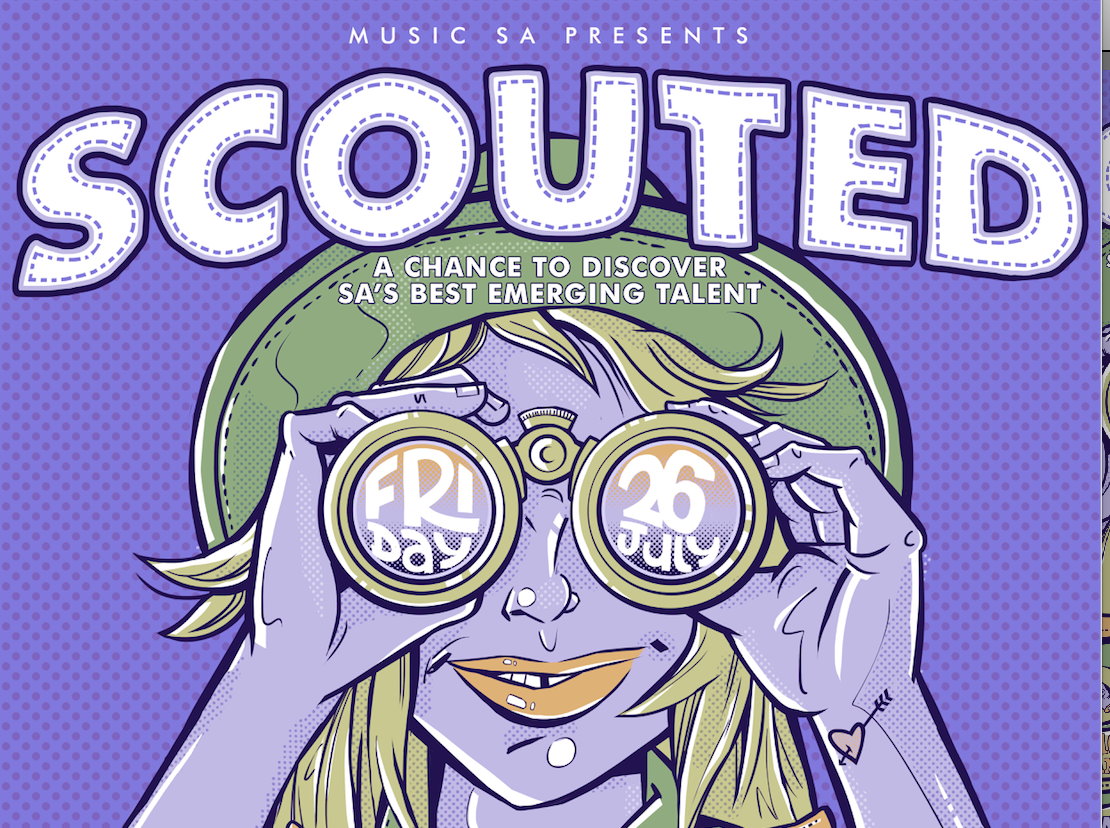 In its third year, Music SA’s Scouted returns in 2019 to showcase to significant industry representatives and enthusiastic music fans the wonderful unsigned and emerging musical talent we have in South Australia.

In conjunction with Umbrella: Winter City Sounds and the Australian Independent Record Labels Association (AIR), the Scouted mini-festival will take over Adelaide’s east end for one night only on Friday, July 26 kicking off at 6pm.

Across some of Adelaide’s most iconic east end venues, 16 emerging artists will perform over four stages at Crown and Anchor, Exeter, The Stag Public House and Sugar. The performances coincide with Adelaide playing host to the annual national AIR Awards and Indie Con music conference.

Music industry leaders and independent artists from across Australia attending Indie Con will have an opportunity to check out the impressive live music talent we have in SA opening up exciting possibilities for the musicians.

The 2018 event saw a Groovin’ the Moo billing for indie punk rockers Wing Defence and blues man Ollie English, and folk singer-songwriter Nancy Bates’star is rising with a new album release and tour dates around the country.

Music SA CEO Lisa Bishop is thrilled Scouted is returning in 2019 for its third year to give local artists an opportunity to strut their stuff in front of some of the biggest names in the music industry.

“It is not very often that Adelaide artists get the opportunity to play live in front of music industry influencers based on the eastern seaboard. Scouted is a wonderful way for us to show off the fantastic home grown talent we have here in South Australia. Each year our Scouted event delivers genuine business outcomes for artists including signings by publishers, artist managers and bookers as well as programming at major festivals, radio airplay and selection to play support for national touring artists,” said Ms Bishop.

Other artists announced today include OC3ANEYES, Local Revolution, Pinkish Blu and recent Adelaide 500 Bands on Track alumni The Montreals and Ricky Albert & the Belair Line Band. All of these artists and more will play one of the four stages in Adelaide’s east end.

Scouted is in its third year thanks to a grant from the Marshall Government’s Music Development Office and with support from the South Australian Government’s Live Music Events Fund and the City of Adelaide.

Channel Ninein Adelaide will again support Scouted, and this time, give audiences the chance to access 2 for 1 tickets through a special promotion.

Channel Nine in Adelaide will also run a competition where Scouted tickets holders will be able to vote for their favourite performance. The most popular band will win $2,500 and one lucky voter will win $1,000. Look for entry forms at each Scouted venue.

AIR delegates can gain free access to the festival using their delegate lanyard with general admission tickets on sale to the public from WEDNESDAY MAY 29th through http://www.musicsa.com.au/scouted/

Event information can be found at umbrellaadelaide.com.au