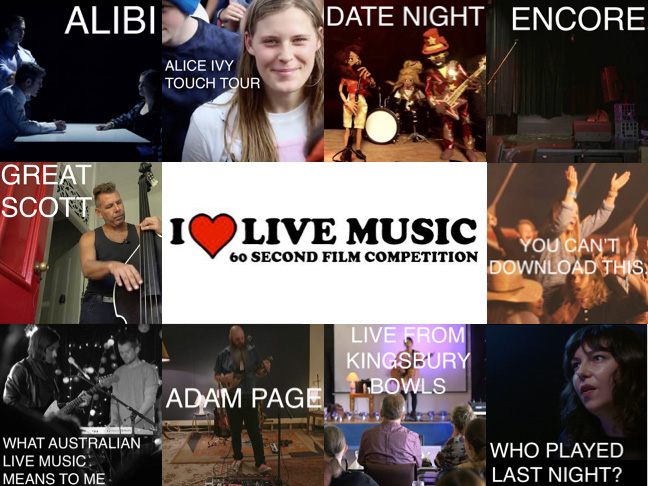 A huge congratulations to the top ten finalists of the I LOVE LIVE MUSIC 60 second film competition!

Amongst these winners was emerging Adelaide filmmakers Jasmin Watkins and Stavroula Tsapaliaris who have involved themselves in various film projects in pursuit of their future careers.

Currently finishing her MBMA, Stavroula is becoming involved in as many film projects as she can, while Jasmin is too busy for her own good, now completing an MHAR.

The pair are joined in their achievements by experienced musician Adam Page who has carved his own path, presenting multi award-winning solo shows to audiences all around the world at Fringe festivals, WOMADelaide, Glastonbury, The Big Day Out and The New Zealand National Jazz Festival.

The winner and runner up will be decided at St Kilda Film Festival SOUNDKILDA event on Thursday 26 May 2016.